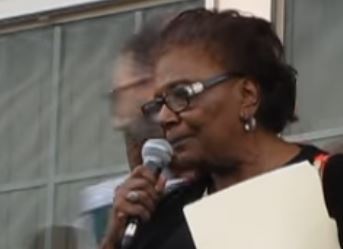 RC4SJ will host a meeting of legislators, community leaders, clergy and congregants to assess challenges faced by East Ramapo’s public-school children five years after Hank Greenberg’s study of the District.

In 2015, the New York State Senate rejected Mr. Greenberg’s core recommendation for a state appointed monitor with authority to override unreasonable decisions made by the East Ramapo board and administration (veto power).

This past June, the Senate and Assembly passed legislation for state-appointed monitors to be appointed to the Hempstead, LI school district. In contrast to the Senate’s 2015 rejection of Mr. Greenberg’s recommendation for East Ramapo, Hempstead monitors will be granted authority to override unreasonable decisions made by the Hempstead school board and administration (veto power). East Ramapo deserves no less.

The October 28th meeting will take place at Rockland Community College (RCC) Technical Center, Ellipse, (6:30 p.m.) We hope to develop an action plan supporting legislation similar to Hempstead’s; and to advocate for a state-appointed task force/commission to develop a model of governance for East Ramapo, and similar districts, reflecting Mr. Greenberg’s plea for governance reform.

We ask each of you to invite 5-10 persons interested in promoting social justice and access to educational opportunities for marginalized children.

Attendees are invited to submit written suggestions and recommendations regarding governance reform, the evening of or before meeting to:
Oscar Cohen (oscarpcohen@gmail.com)

Judith Johnson, staunch advocate for justice for East Ramapo students, member of the NYS Board of Regents representing the region that includes East Ramapo, friend of this writer and tireless defender of our children, died Tuesday October 22.

She will be very much missed.

Here is a video of Regent Johnson, speaking in favor of governance reform for East Ramapo at a Strong East Ramapo rally: https://youtu.be/qSSJIuHRWCg

I am sure that what Judith would want each of us to do, is to continue the work she was doing. To speak up tirelessly and fearlessly for justice, and to advocate that every child’s right to a quality education be cherished and protected.

A funeral service will be held at the same location on Monday, October 28 at 10:00 AM.

Donations to the Regent Dr. Judith A. Johnson Memorial Scholarship Fund are being accepted at www.rocklandgives.org