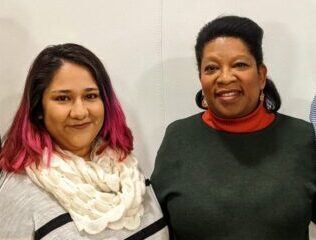 Due to the historic victory in the NAACP court action, voters in East Ramapo will use a ward system to elect school board members. This system provides that at least some of the school board members will be accountable to the communities of color whose children make up 95% of the students attending the public schools.

Each of nine ward areas will have their own representative on the board. Each voter will vote to select just the one board member who will represent the ward where they live.

Both the May 2020 and May 2021 school board elections are cancelled. The new plan is for an election for all nine board seats in February 2021, and then gradually revert back to a system where three seats are chosen each year, starting in May 2022. There will still be a budget vote each year in May.

The new date for the school board election is Feb 2, 2021. All voting will be by mail-in ballot only. All voters will receive a ballot by mail sometime in January. Watch your mailboxes!

Board members will be required to live in the ward they represent. Some of the candidates who were running in 2020 lived in the same ward as each other, or in a ward where the current board member has had the support of the voters of color in the past. These board members and candidates talked it over, and unified around a common group of candidates who will work together for this election, and will continue to work with the community to maintain the unified voice in support of quality education.

The candidates who were part of the 2020 campaign but who have graciously steeped back for the sake of unity in our community are Kerry Victor and Ana Maeda Gonzalez. They really worked hard and demonstrated the true meaning of teamwork. Our heartfelt thanks go to both for their selfless devotion to the children.

The candidates this for the 2020-21 election have their own webpage: https://eastramapotogether.wordpress.com/. Please visit that page for all the campaign information and updates.

East Ramapo was among the first districts in the nation to experience school closures due to the pandemic. The impact has been most damaging to those who were most vulnerable. Many students have not been getting remote education due to lack of devices to access the internet and to language and literacy barriers. The numbers are shocking. According to The Journal News, as of October 22, nearly 47% of students were considered chronically absent.

The new superintendent, Dr. Giamartino, has begun distributing thousands of Chromebooks and has also made arrangements for thousands of free Wifi hotspots. Hopefully the next report of attendance will be substantially better!

The public school children are not the only victims of the misconduct of the East Ramapo school board. There are also many children in East Ramapo’s yeshiva system of religious schools who have not been getting the education which is their civil right under the NY State Constitution. Just as the public school children will not get the education that they deserve until NY State finally intervenes, many in the yeshiva system will not get adequate secular education until NY State addresses it. Thanks to the education advocacy organization Yaffed (Young Advocates for Fair Education), the state is currently in the process of implementing new guidelines to replace those that have been ignored by the school board.

You can support the work of Yaffed by attending their virtual gala.

Many people have already cast their ballot by mail or voted early. If you have not yet voted, the last chance will be Tuesday, Nov 3, at your regular polling location.

Elections can have an impact on the quality of education in our schools. Please be aware of the records of these candidates as you cast your ballot:

Ellen Jaffee has done more for oversight of the East Ramapo public schools than any other elected official. With your help, she will continue to take our fight to Albany.

Elijah Reichlin-Melnick stood up for more oversight of the East Ramapo school board, and publicly opposed the political machine that asked him to pledge to vote against oversight. He will be our next State Senator with your help.

Mondaire Jones graduated from East Ramapo went on to to Stanford University and Harvard Law School. He will bring our fight to Washington!