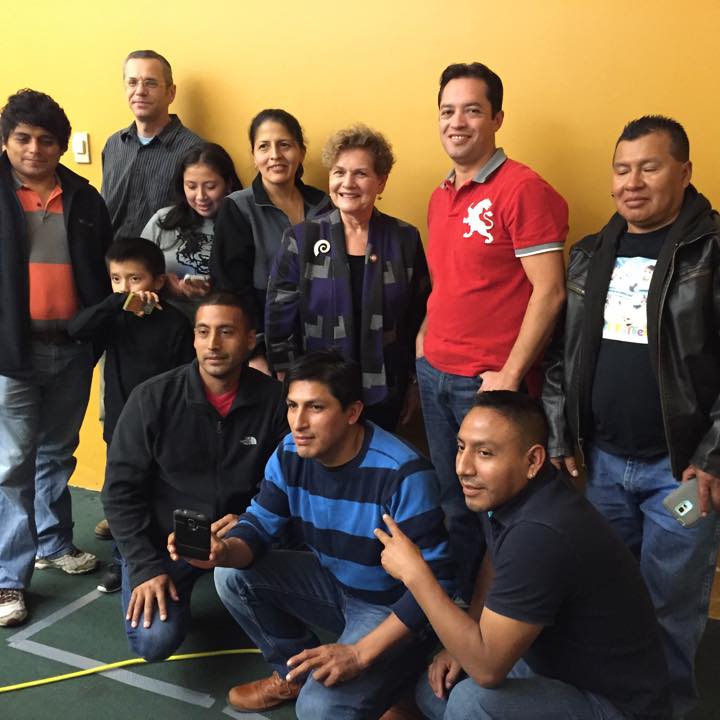 If you are a resident of NY Assembly District 97, you have the privilege of voting to re-elect Ellen Jaffee.

Assembly Member Jaffee has stood with the students and families of East Ramapo as we fought for state oversight of our school board. During the many trips we made to Albany, other assembly members often remarked at how persistent and persuasive she was. She is also sponsoring legislation to require that children who are not enrolled in public school are receiving an education.

For these reasons, I strongly urge every reader to vote for Ellen Jaffee on November 8. If you don’t live in her district, you can still help by donating or volunteering on her website: www.ellenjaffee.com

It was only three years ago that the district announced they were doing away with Kindergarten entirely. Now, because of constant pressure from parents and civil rights groups, ALL East Ramapo Kindergarten classes will be full-day!

Also, some of our favorite Art and Music teachers are coming back this year! We know  the children will appreciate that!

Special thanks are owed to Assembly Member Ellen Jaffee for her tireless work in securing the funds to make this happen. November 8 she is up for re-election, please make sure you get out to vote!

In 2015, the East Ramapo School Board sued its insurer, New York Schools Insurance Reciprocal (NYSIR), to cover $2.23 million in legal fees the district owed its defense teams, the New York State Supreme Court ruled last year that the district was overcharged by $2 million, saying “a reasonable fee for the legal services provided is $187,500.”

This negligence is inexcusable: $2 million in overcharged legal fees, $1 million per year in extra insurance costs, $1 million dollars in unauthorized spending for “energy performance” work that no one seemed to know was happening. That’s $4 million alone that could have been spent on children’s needs. Students, families, taxpayers deserve much, much better.

Temple Beth El was sold at auction. More than 100 buyers expressed interest, and four made bids over $8 million. The property included a 32,000 square-foot building on a 5.6 acre lot. The price is attributed to ongoing high demand for space by nonpublic schools.

Both East Ramapo schools were sold to yeshivas by a school board that was found to favor the interests of yeshivas by a state monitor. The sales were closed while the monitor was doing his investigation.  Attorney General Schneiderman was aware of fraud by an appraiser hired by the district, but has not acted regarding the school board or the yeshivas (yet).

While Dr. Wortham and Commissioner Elia and the teachers and parents and advocates are all working so hard and so diligently to improve the educational experiences of the children, we must assume that the school board is continuing its agenda to hand over more district real estate to their friends at bargain prices. There needs to be some fundamental change in the governance of the district to restore trust.