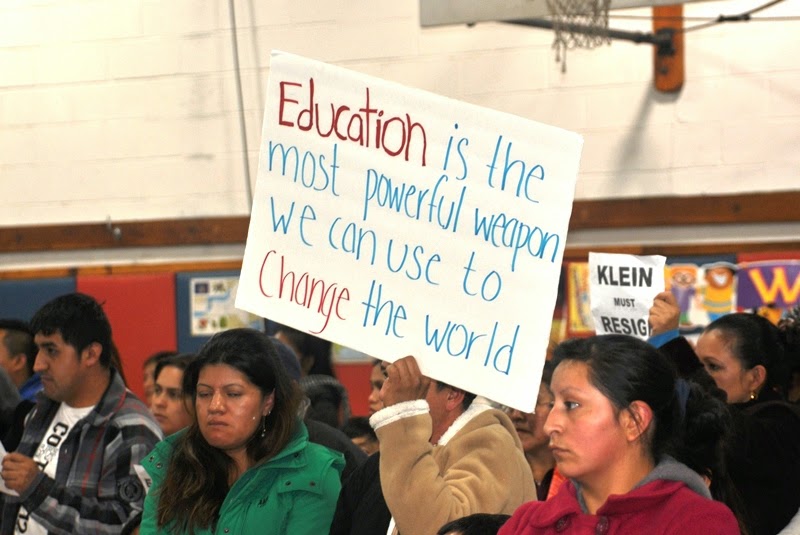 Former East Ramapo school board president Wieder was once accused (by Asst. Supt. Joe Farmer) of starting a war on public education

Now he has formally declared war on the NY State Education Department. This is in response to the updated guidelines on equivalency of education in non-public schools.

There is no doubt that thousands of children are getting almost no education in many yeshivas in East Ramapo and other parts of NY. The Satmar Rabbi has admitted “we all know the truth, that in our primary Torah schools for boys [before Bar Mitzvah] they studied at most an hour and a half, and in the advanced yeshivas [high schools] there were no secular studies at all”

According to the Rabbi, EDUCATION produces “criminals, who commit all sorts of violence and savagery, murder, theft, drug crimes, and so forth”, whereas NOT EDUCATING produces “beautifully ordered families”. He specifically refers to “public school students in New York City”, which appears to be a racist dog-whistle, appealing to the worst stereotypes of young people of color.

What weapons will be used in this war? The Rabbi has urged his followers to “employ all connections that we have to those in places of influence” and to take aim at “the leaders of the Democratic party … to explain to them that it isn’t worth it for them. It wouldn’t pay for them to start a war” with ultra-Orthodox Jews in New York.

How You can Support Peace

Of course, you know that education does not increase crime. Quite the opposite. And our elected officials know it too. But they shouldn’t have to stand up to this onslaught alone. They need to know you have their back.

So Power of Ten has created a simple tool that you can use to tell the leadership in Albany that you support the new guidelines, that you support quality education for all children, in every setting, and that you expect the government of the state of New York to honor our constitution’s pledge that every child has a civil right to a sound, basic education. Just click “Send a Message” to get started.