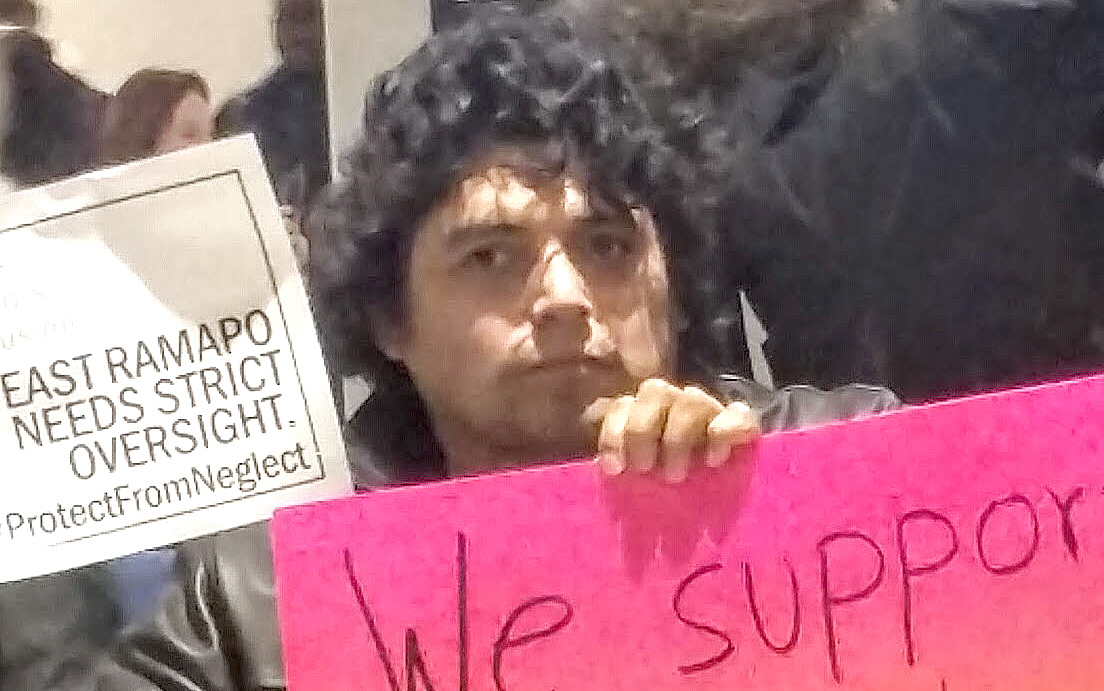 Washington Sanchez was always ready to work for justice in East Ramapo. He attended board meetings and protest rallies, and he organized people for bus trips to Albany to lobby our representatives. He made informational videos and shared them on the internet through “Canal Internacional” with his best friend and fellow East Ramapo activist Luis Nivelo. He inspired us with wonderful singing and guitar playing. When the time came to put his name on a document challenging the corrupt school board, he did not hesitate.

This great man and great friend is now gone too soon due to the horrible pandemic. Our great sympathy goes out to his family, his father, Luis, his wife, Leticia, his children Anderson, Arely and Bruli, and his siblings Wilson, Armando, Martha, Margarita, Damián and Eliezer.

2) East Ramapo School Board – When Will New York State Finally Step In?

Historian and Professor of Education Alan Singer writes in his latest blog post that the decision by the East Ramapo school board to lease buildings for private summer camps is only the latest example of their unequal treatment of children in the district. He asks When Will New York State Finally Step In?

3) Another Victory for Education Justice Supporters at the Polls!

As previously reported in The Power of Ten, East Ramapo was the top Issue in the NY Senate 38th district election. Voters overwhelmingly supported Elijah Reichlin Melnick, who rejected an ultimatum from Hasidic leadership that he oppose a monitor with veto power for East Ramapo.

There are other signs that the notorious “bloc vote”may be losing its political clout. The Jewish Daily Forward writes Williamsburg primary upset might indicate slipping power for Hasidic leaders. There, Community Organizer Emily Gallagher beat a long-time Assembly Member, of whom the Hasidic leaders wrote “if we, God forbid, fail to reelect him we shall suffer bitterly”. Some attributed the upset to greater turnout from progressives, others to dissent among Hasidic youth. Hasidic parents want their children to be happy and healthy just as much as any other parents. Despite severe censorship of books, newspapers, radio, television and the internet, they have eyes that see and hearts that feel. According to an Orthodox rabbi quoted in the article “the younger generation are fed up being directed to vote for those who keep the ancien regime functioning and alive.”

The work of Educational Justice requires confronting powerful people who think universal education threatens their power. It involves confronting political leadership that is often willing to turn a blind eye or trade away children’s human rights for political favors. East Ramapo has unfortunately become an example of what happens when these self-centered forces take power. It is up to those of us who believe in every child’s right to an education to stay informed, to spread the word, and to stay active socially and politically. We’ve had some big victories recently, and we can stop to celebrate for a minute before we move on the the next step in our work.