Power of Ten Update
In This Issue:
1. Early Voting Starts Saturday Oct 24
2. Portraits of the Healers

Elections can have an impact on the quality of education in our schools.

Mondaire Jones graduated from East Ramapo went on to to Stanford University and Harvard Law School. He will be our next Congressman with your help.

Elijah Reichlin-Melnick stood up for more oversight of the East Ramapo school board, and publicly opposed the political machine that asked him to pledge to vote against oversight. He will be our next State Senator with your help.

Ellen Jaffee has done more for oversight of the East Ramapo public schools than any other elected official. With your help, she will continue to take our fight to Albany.

All information on how to vote is available on the board of elections webpage: https://rocklandgov.com/departments/board-of-elections/

2) Portraits of the Healers

Every once in a while, a news report, a podcast, some kind of media information outlet will make you stop in your tracks. Make you sit down and think. Make you pull your car off to the side of the road and cry.

Avital Chizhik-Goldschmidt has released a powerful collection of stories from Orthodox doctors and nurses, telling us in their own words how they “struggle to balance emotion and expertise” in their life and death battle with the COVID virus, and their frustration when facing misinformation, mistrust and skepticism when they return home to Orthodox communities.

Portraits of the healers: Orthodox doctors and nurses in their own words

East Ramapo schools have been closed for at least an additional two weeks due to the new COVID clusters in the ultra-Orthodox Jewish community.

According to Governor Cuomo, other “schools are closed because they happen to be in that cluster, but the issue is with that ultra-orthodox community,”

The Governor also said “They have never been following the regulations with any rigor… now you see the result.”

This comes as no surprise to East Ramapo residents, who have been seeing school buses non-stop since the pandemic began. Documents obtained by FOIL reveal that yeshivas evaded fines for illegal operation by relabeling themselves as “childcare centers”.

Amazingly, while East Ramapo public schools are now closed, yeshivas continue to be open, whether as “childcare” or otherwise.

The response to Governor Cuomo’s new restrictions has been fierce. In NYC, angry mobs attacked a Jewish reporter, calling him a “moser” (yiddish for snitch). Some are trying to manipulate the tests results to make the positive rate appear lower than it actually is. According to reports in The Forward: In Orthodox WhatsApp groups, a message is being shared: “DO NOT test your child for covid … The city has released new guidelines that mandate CLOSURE of an ENTIRE SCHOOL if there are two positive tests in the school.” In Rockland County, one yeshiva sent out a letter to parents warning them that if a child is tested and receives a positive result, “potentially many other kids will be prevented from attending Yeshiva.”

The animosity of many in the ultra-Orthodox community to basic science and health principles is a result of lack of basic science and health education in their yeshiva system. As revealed in a previous edition of Power of Ten, the CEO of the Yeshiva Association said they are “not focused now on historyscience … We are focusing mostly on English … So when superintendent comes to visit she will be able to communicate with the students”. Just as with the response to COVID, the CEO (along with the East Ramapo school board president!) are more interested in gaming the system than in the education, safety and health of the children.

On Sunday, October 18 at 7 pm, the Martin Luther King Multipurpose Center (the Center) will host a virtual party to celebrate its students and to raise needed funds. The evening will feature streamed performances on Facebook; hosts will update viewers about the Center’s progress including a land acquisition for an outdoor space where Center children can safely play.
Gala performers include jazz vocalist Shirley Crabbe; R&B band Cee Songbird and the Sound Travelers; saxophonist and performer Herve Alexandre; award-winning urban folk singer-writer KJ Denhert; the Eddie Vazquez Band and more. The Center children will present a selection from The Lion King, choreographed by TaShawn Pettiford.

Though the pandemic didn’t interrupt the Center’s 56 year record of serving the community, it did force the cancellation of its two annual fund-raising events. As a result, the Center urgently needs money to cover the shortfall in order to continue offering essential services such as:
• A food pantry that feeds hundreds of families a month. As Rockland’s County’s third largest food bank, the Center is on track to distribute 400,000 pounds of food;
• Health services such as last spring’s COVID testing site, on-going Red Cross blood drives and a range of free medical services for the community;
• Modified summer and after school academic and cultural programs for children.

The Martin Luther King Multi-Purpose Center serves families in the heart of Rockland’s most diverse and culturally vibrant community, where the pandemic struck hardest. The community experienced the highest rates of illness, death, food insecurity and academic slide due to school closures. As students all over Rockland remain isolated in homes with the latest technology, too many of the Center’s children lack access to laptops, tablets and adequate internet service.

In East Ramapo, we are often told that we are “One Community”. The global pandemic has brought this point home with ferocity. The virus does not discriminate. However, it does illuminate the discrimination that already exists in our society. Here in East Ramapo, the racial divide is a chasm. The district is diverse, but there are all-white neighborhoods. The majority of students in the district are white and attend private school. 62% of the public school students are Latino, but there is not a single Latino on the school board. Many of the public school mothers work in the homes of the white students, doing their laundry, washing their dishes, scrubbing their floors etc. Most or all of the housing in the white-only areas is built by the public school fathers, but owned by the white people who live there or by other white people. Much of the housing in the poorest sections where people of color are the majority is owned by white landlords who maximize their profits by illegally overcrowding and neglecting maintenance. Public school students lack the basics to participate in remote learning because of the economic violence perpetrated on them by the white bosses and owners. Before COVID, this deprivation was measured in the graduation rate and test scores. Now the only meaningful measure we have is access to remote learning devices. Every other district in Rockland reports 100% of students have a Chromebook or equivalent. In East Ramapo, it’s only 41%. One community, breathing the same air, and while economic and political power concentrates to some, the COVID virus flows freely to all. 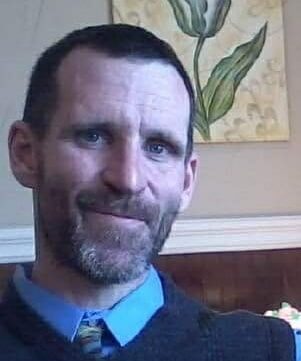 Power of Ten Update
In This Issue:
1. Remembering Coach Kevin Feeney
2. Voting Information Event
3. How Do We Feel Right Now?

Coach Feeney was killed in a tragic accident on October 3. He was with the district for 24 years and will be missed by all of those whose lives he touched.

Please join JAMCCAR on October 9, 2020, at 7:00 p.m., at a special ZOOM meeting  “YOUR VOTE, YOUR VOICE, YOUR POWER” with guest speaker, Kristen Zebrowski Stavisky, Commissioner of the Rockland Board of Elections.

The Spring Valley HS Thespians are taking on feelings of anger and fear in the aftermath of the killing of George Floyd in a new play that will be recorded and broadcast in December.

“How Do We Feel Right Now? A Collection of Raw Thoughts in the Aftermath of Senseless Tragedy.”

All information on how to vote is available on the board of elections webpage: https://rocklandgov.com/departments/board-of-elections/

As reported many times in The Power of Ten, elections can have an impact on the quality of education in our schools.

This election, we can also report that the quality of our schools has impacted the election. East Ramapo graduate Mondaire Jones went on to to Stanford University and Harvard Law School. He will be our next Congressman with your help.

You will also recall that Elijah Reichlin-Melnick stood up for more oversight of the East Ramapo school board, and publicly opposed the political machine that asked him to pledge to vote against oversight. He will be our next State Senator with your help.

And of course, no elected official has done more for oversight of the East Ramapo public schools and no one has been attacked more ferociously by the private school lobby than Ellen Jaffee. With our help, she will continue to take our fight to Albany.

So there you have it. With so many ways to vote, even though we are in the middle of a pandemic, everyone can cast a ballot. When East Ramapo was one of the top districts in the state, it was because people like you cared and worked hard for it. Now everyone can see what has happened when people with other priorities get control. In order for us to change the trajectory of our schools, we will need competent, trustworthy people representing us in Albany (and Washington!) Mondaire, Elijah, and Ellen have committed to increased support for our schools, but most importantly, they are saying that support must include increased oversight. This is what public education advocates have been asking for, and this will be our work to accomplish together in 2021.