It’s Deja-vu all over again!

As it turns out, at the same time that we were fighting for a Monitor with Veto Power for East Ramapo, the NYC school chancellor was asked to monitor education in NYC yeshivas.

Readers of Power of Ten will not be surprised to learn that the same anti-education extremists who advocated against the monitor for the school board for East Ramapo are the same ones who are fighting against a monitor for yeshivas in NYC.

What may surprise some is that our elected officials, as reported by Mr. Singer, have been colluding with these anti-education extremists!

#Yeshivagate is generating a lot of of coverage including the New York Times.

With the September 13 elections around the corner, incumbents who have colluded with anti-education extremists should be worried!

Power of ten is asking readers to support The East Ramapo Community Fund for Public Education as this school year begins.

Talking about these issues is hard. Sometimes you feel like you own what you say, and sometimes you feel like what you’ve said owns you. That shouldn’t be an excuse for silence, but rather a reason to give the other person the benefit of the doubt, because it’s as hard for him or her as it is for you.

The crisis in East Ramapo has become a hot topic in political debates and election strategies. Accusations of “anti-Semite” or “bloc-puppet” have become part of the political dialogue. Well-meaning voters may find these simplifications to be an easy shortcut. Malicious political operators may find them to be an easy tool of misdirection.

Power of Ten supports Education for ALL people.

This is an issue that unites people across the political spectrum. Opponents of Education can only win by using a divide and conquer strategy. They lose when we reach out to each other across political divides. This week, find someone who you disagree with about almost everything else, and have a conversation about why quality education for all children is important to both of you. 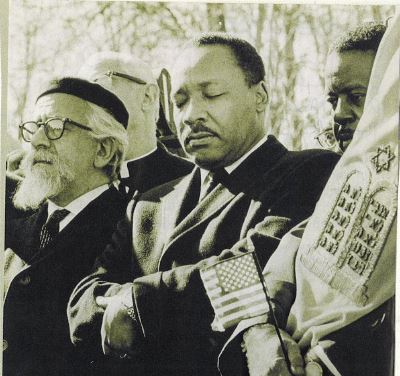 Power of Ten Update
In This Issue:
1. Unequal is Unconstitutional
2. Understanding Our Hasidic Neighbors
3. Depriving Orthodox Children Of Education Hurts Our Communities

Young Advocates for Fair Education has filed a lawsuit to declare as unconstitutional a new law which sets a lower educational standard for Hasidic children.

Until April 2018, New York State required that every child receive an equivalent education.

Without debate, and under threat of stalling the budget and closing state government, Senator Felder inserted this new law as an amendment to the budget.

Governor Cuomo allowed this to happen and continues to insist that the amendment will “balance the unique needs of yeshivas with the high educational standards we require for every New York student”.

Of the thousands of students attending Jewish religious schools in East Ramapo, the large majority attend ultra-Orthodox and Hasidic schools with barely any secular education. The majority of students in 12th grade are not in degree-granting programs. When state tests are administered, the results are abysmal.

Rights which are guaranteed by the Constitution protect the people from opportunistic politicians. The right of a child to an education is a long-settled fact which is enshrined in the New York State constitution. It cannot and should not be undone at the 11th hour in a smoke-filled back room by Senator Felder or even Governor Cuomo.

However, it is the nature of civil rights that they must constantly be fought for. YAFFED has stepped up and filed a lawsuit.  The lawyers are working pro bono, but there are costs that must be paid.

You can help to defend the rights of all children to equivalent education by donating to YAFFED today.

It is important, when discussing your neighbors, and especially when there are legal and social issues, to take the time to learn something about them. It’s important to remember that our Hasidic neighbors love their children, and have as much right as anyone else to want their children to follow in the traditions of their families.

Shulem Deen, renowned author of “All Who Go Do Not Return“, has written a review of a new scholarly book about the Hasidic religious movement for the Forward. This is an excellent resource for those wishing to have a better understanding of our Hasidic neighbors.

It’s important to understand that every family and every ethnicity in East Ramapo has its own American story, and that is why everyone of us has just as much responsibility to the education of the children as any other one, and why every child has just as much right to education as any other one. In the not so distant past, civil rights were only a dream. Today, we must renew our commitment to the next generation.

The Spring Valley NAACP has been in the forefront of the fight for improved education in East Ramapo public schools. Now, in a letter published in The Forward, Spring Valley NAACP president Willie Trotman and Education Committee Director Dr. Oscar Cohen illustrate the interdependence of all subgroups within our East Ramapo community.

As Martin Luther King Jr. stated, “We may have all come on different ships, but we are in the same boat now.”