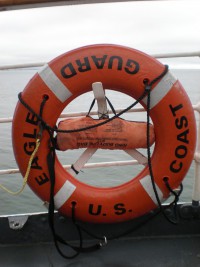 Acting on the recommendations made to the NY Board of Regents last year, Assembly members Jaffee and Zebrowski and Senator Carlucci have introduced a bill to authorize the commissioner of education to appoint a state monitor to oversee the East Ramapo central school district.

The Journal News Editorial: Guidance for East Ramapo, then aid

There are several more steps before this bill becomes law. Fortunately, the East Ramapo Alumni group StrongER is already working hard with over 1000 signatures on a petition supporting the bill.

This group is calling for children in East Ramapo to receive an education which is equal to any of the other seven districts in Rockland.

The following videos are courtesy of Antonio Luciano of East Ramapo Underground. I strongly recommend viewing all of these videos. They represent an unfaltering commitment to education as a moral imperative.

3) Candidates for May 19 School Board Election

Three alumni of East Ramapo have joined together in a campaign to serve as trustees of the East Ramapo school board. They will need your support to achieve this goal.  You can start by liking them on FaceBook! 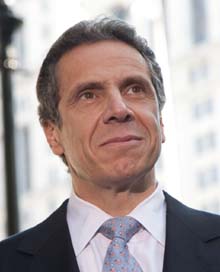 Governor Cuomo made a stop in the Nanuet section of East Ramapo on Friday. He expressed confidence that legislation will be passed which will implement the recommendations of the fiscal monitor’s report which was done last year.

Gov. Cuomo has adopted the recommendation of Chancellor Tisch and proposed a law based on the Massachusetts receivership approach. He has asked that the NY State Education Department do a comprehensive analysis of the successful Massachusetts model, with an added approach that includes promoting community schools with wrap around services.

A letter from Gov Cuomo’s director of operations to Chancellor Tisch is available here: https://www.governor.ny.gov/sites/governor.ny.gov/files/atoms/files/LetterMalatrastoTisch_0.pdf

This letter represents a renewed commitment by the State Board of Regents and the Governor’s office to uphold the state’s constitutional responsibility to ensure education for its children. If the state chooses to delegate to a local agency, that can be an effective solution, but when the local agency is corrupt or incompetent, that does not absolve the state of its responsibility.

I support this initiative by Governor Cuomo. Join me in thanking him here.

The public is encouraged to attend. Rabbis, ministers, pastors, imams, elders and trustees call for New York State legislation authorizing State oversight of the East Ramapo Central School District by a person who will have incontrovertible authority over Board and administrative decisions.

On Tuesday March 3rd Rockland Clergy for Social Justice will travel to the New York State Capitol to meet with legislative leaders and members of the Executive Chamber seeking support for legislation to implement Mr. Greenberg’s and the Board of Regents recommendations.

East Ramapo will be the topic of discussion at a community forum sponsored by “We The People” from 7 – 9 PM on Thursday, February 19, at the Martin Luther King Multipurpose Center at 110 Bethune Blvd in Spring Valley.

We need volunteers to: read to other children, recite poetry, sing, dance, play a musical instrument, act, – etc….ANYTHING that would be entertaining for them and the other students. PLEASE help make this PARP event a success: you will get more out of helping others than you know, AND we appreciate whatever time you can give!

Voters soundly rejected the school board’s proposal to borrow $40 million dollars. The vote was 626 to 472, a solid 57% majority voting NO. Turnout was expected to be very low due to the frigid February weather and the almost non-existent publicity. One thing which was accomplished was an opportunity for discussion of the way the board handles real estate decisions.

Much of the deferred maintenance that the district is experiencing is the result of failed budgets and budget proposals that did not meet the needs of the district. Superintendent Outstacher acknowledged that it was the ‘private school community’ which prevented him from introducing budgets which met district needs. He did not want to propose a budget that would be voted down by ‘private school’ parents.

According to the only study of the issue that we know of, done by the district in 2007, district spending on the ‘private school community’ is already much more than the taxes paid by private school parents. The same private school parents that are guaranteed these benefits and subsidies have the power to vote down budgets that maintain programs and buildings used by the public school students. Local spending for public education is lower in East Ramapo than any other district in Rockland.

Just this year two schools were sold to yeshivas for about $10 million total. That sale price should represent the total value of the land and the buildings. These were the only two schools that NY State evaluated as not needing major spending to fix.

So the current board, which was put in place 100% by the users of private schools, who are being subsidized by the other taxpayers, and who have voted down any reasonable school budget which could have maintained the school buildings, now is asking the taxpayers to borrow millions of dollars to make the repairs, and at the same time opposing any oversight from the state that would prevent them from just transferring the buildings at bargain basement prices to yeshivas.

While some public school parents very understandably are wanting the bond to pass, because the conditions are unacceptable, most are just not going to agree to anything without a state monitor with veto power, at the very least. Unless the ‘private school community’ decides to support it, another vote (before a monitor is appointed) is unlikely to pass. If those voters did pass it, that would only serve to increase the distrust. People would think “If they are willing to spend to fix up buildings, is it because they have their eye on them? If they are willing to spend on that, why not spend on full day Kindergarten?”

Making the problem worse is the divisive rhetoric coming from the board and the superintendent. The truth is that if the bond passed, schools would not be miraculously fixed the next day. It would be a long process, and along the way there would still need to be emergency repairs. There would would still be kids in unsatisfactory schools. Managing a $40 million dollar project would be a challenge even for a district that was fully staffed.

A good place to start rebuilding the district is by rebuilding the trust. Propose and pass a budget that provides the programs necessary, and retains a fund balance for ongoing repairs. Stop wasting taxpayer dollars suing the State Education Department and the NY Attorney General. Try following the law instead. Accept the $3.5 million dollars the state wants to give you, which you rejected rather than have a community advisory board. Accept a monitor, or any other help from the state. If the school board fails to earn the trust of those who use the schools, the result could be a state takeover, or nightmarish social unrest. It is not too late.

There is no disagreement that the physical infrastructure of East Ramapo Schools is suffering from what people in the real estate industry politely refer to as “deferred maintenance”.

On Tuesday, voters will vote either “YES” to borrow money to put in new roofing, windows, etc, or “NO” to further delay repairs. However, the point of contention does not seem to be whether the repairs are needed, but rather whether the current school governing body can be trusted.

The argument to borrow and spend is made by school board president Weissmandl in this letter to the editor of the Journal News: View: East Ramapo bond will improve schools

The argument to delay the major repairs is made by East Ramapo Underground Host Antonio Luciano on Facebook: Why to Vote No on the Capital Repair Bond on Feb 3, 2015

Information about the vote, including places and times is available on the district clerk’s webpage

Hosted by Green Meadow Waldorf School and led by a diverse planning committee, the goal of this forum is to create simultaneous, facilitated student and adult conversations that build bridges between the often-divided communities in our county and school district: private and public school communities; Latino, Black, White, Asian, multicultural, Hasidic, Orthodox, other faith, and secular communities. We aim to create an open and safe space for dialogue that promotes understanding and compassion and catalyzes change for the benefit of all who live here. Separate student-led and adult conversations will beheld. Both conversations will be facilitated.