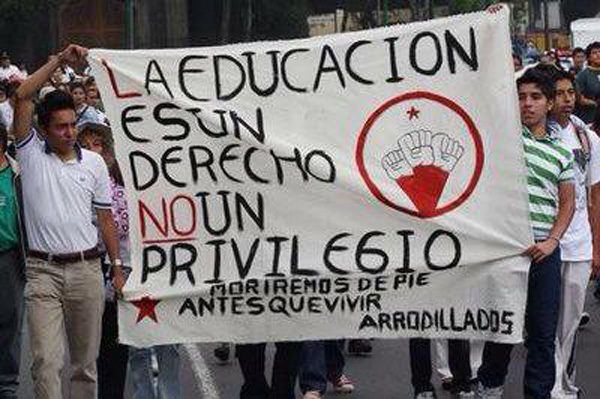 NY State Supreme Court has found that East Ramapo has overpaid attorneys $2,055,345.50, more than ten times the amount the judge said was reasonable!

The school board has repeatedly voted to pay legal fees for school board members, former school board members, and district employees who have been sued by parents or taxpayers. The board’s insurance company (NYSIR) refused to cover these costs, saying “the NYSIR policy precludes coverage to the insureds above regarding the “fraudulent, dishonest, malicious, criminal or intentional wrongful act(s) or omission(s)”.

The board then sued its insurance company, but the court found that “the allegations sustained by Judge Seibel, purchasing religious textbooks, paying religious school tuition, and transferring school property to religious schools, were clearly of a deliberate and intentional nature.” Therefore the court ruled that the insurance company was not liable for payments after Judge Seibel sustained the allegations on March 12, 2014.

The board approved spending $2,233,485.50 in legal fees before the judge’s March 2014 ruling. The insurance company called that “excessive”. The judge agreed, saying “a reasonable fee for the legal services provided is $187,500”. Read the full decision here.

This judgement is just one more step on the path to Justice for East Ramapo. None of our legal actions would be possible without your continued support of Advocates for Justice, a public interest, not-for-profit law firm. Please GIVE GENEROUSLY, all contributions are tax deductible.

CUPON is a group formed to hold our planning and zoning boards accountable. They are holding a Rally at a Zoning Board meeting TONIGHT:

Residents, it is time for us to stand up for our neighborhoods! The Monsey Flats ll project that is being proposed for Hillcrest is on the Ramapo Zoning Board agenda. This destruction of our neighborhoods needs to stop now! We need YOU, Rockland residents, to come out in full force to protest a construction that requires multiple zoning variances.

Please join us in our continuing protest demanding that Klein resign (or be removed), and the public school community be involved in choosing a competent replacement:

4) Power of Ten In Spanish

Last year, with the help of a translator, Power of Ten included some Spanish content. This week, we have added a machine translator, which although not as good as a human translator, has enabled us to greatly increase the number of pages and posts available in Spanish. Every new post will be automatically translated. Bienvenidos to all of our new Spanish speaking readers! 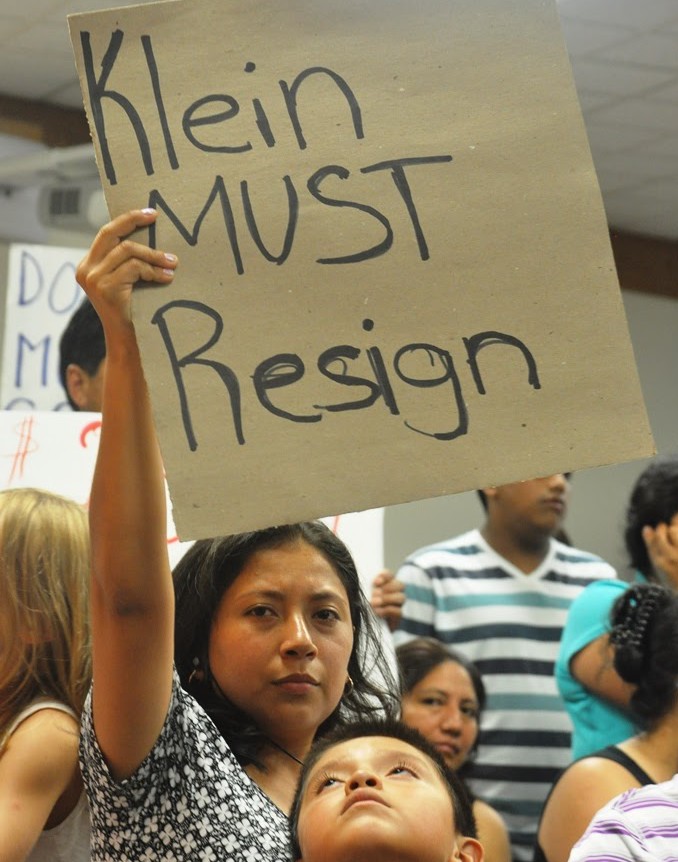 1. Klein to be Replaced?
2. New Launch of Strong East Ramapo
3. Saturday Family Fun Day in Spring Valley
4. New School Board Member Resigns After Just One Meeting
5. September 12 – Save the Date

1) Klein to be Replaced?

According to the Journal News, Superintendent Klein will soon be removed by the East Ramapo School Board. One of the most important jobs of a school board is selecting the Superintendent of Schools. In 2011, the school board majority, a group with zero experience in public education, led by Aron Wieder, selected Dr. Klein over the objections of the public school parents, educators, and school board members. Trust us, they said, even though we have no experience and a glaring conflict of interest, take our word that we are acting in good faith

Four years later, our children’s educational system is reduced to wreckage. The state education department finds the administration performing at the lowest possible level in every parameter measured. Now the school board is hinting about parting ways with Supt. Klein, the same way they did with lawyer D’Agostino two years ago. Please join us in our continuing protest demanding that Klein resign (or be removed), and the public school community be involved in choosing a competent replacement:

Many have written to Power of Ten asking when we will start working on next year’s advocacy strategy. Strong East Ramapo has taken the lead and wants YOU to be involved:

LAUNCH MEETING — After a month of surveys, conversations, strategic thinking and gathering feedback, it’s time to start the engines of Strong East Ramapo 2015-16. I am looking forward to meeting with everyone who is interested in helping to play a planning role in our efforts to secure an equitable education for the children of the district. We will be:
— Refining our goals for the year
— Planning our first major action of the new school year
— Mapping out our subsequent strategies for the fall
— Establishing roles, as well as ways to communicate ongoing
Date: Sunday, August 9 at 4 p.m-5:30 p.m.
Location: Please RSVP to strongeastramapo@gmail.com by August 1 to learn our meeting place.
Hope to see you there!

4) New School Board Member Resigns After Just One Meeting

East Ramapo’s newest school board member resigned today. He told the Journal News he had misjudged the amount of time it takes to be a school board member. Perhaps he should have attended at least one complete meeting before he ran for the board? Perhaps the 6000 people who voted for him should have asked if he had ever sat through even one meeting?

At the heart of the dysfunction in East Ramapo is the passionate participation of thousands of voters whose ignorance of current events in public education is enforced by edicts against reading the newspaper, listening to the radio, watching TV, or going on the internet. School board members have even participated in rallies in support of banning use of the internet.

The result of enforced ignorance of voters has been election of incompetent or abusive school board trustees. Trustees who hold most sessions in secret. Trustees who call members of the public ‘miscreants’. Trustees who tolerate high level employees who verbally abuse students and parents. Trustees who sue the state education department. Trustees who authorize real estate deals with beneficial terms for their friends. They don’t have to worry about the electorate watching their misdeeds analyzed on the evening news, the voters are not allowed to own television sets!

Only now that NY State has beaten them in court and threatens to force them to share power are they dialing back the arrogance a little. But the civil rights of the public school children will never be safe as long as enforced ignorance holds unchecked power.

September 12 from 1:00 PM to 5:00 PM we will have the First Annual Power of Ten Picnic for Justice. We will have food, games, music and more. Details TBA in the next update. This year we will raise funds for Advocates for Justice, the Not-for -Profit Public Interest Law Firm that has filed a federal civil rights lawsuit on behalf of East Ramapo parents, students, and taxpayers. However, you don’t have to wait until Septemeber 12 to donate, please do so today

1. D’Agostino is Gone!
2. Klein Must Resign!
3. A Brief History of East Ramapo

In Nov, 2009, Aron Wieder brought Al D’Agostino to East Ramapo. This action has cost East Ramapo millions of dollars over the past five plus years. The damage to the students is beyond measure.  Mr. Wieder undertook this action against the advice of senior board members and the Superintendent. Many of the problems of East Ramapo can be traced back to this moment. Be sure to watch this video, to know who Mr. Wieder is and what he did to East Ramapo.

Now, thanks to a unparalleled community organizing campaign, Al D’Agostino is gone. The credit belongs to all of you who got involved. Antonio Luciano and Peggy Hatton of East Ramapo Underground, Andrew Mandel with Strong East Ramapo, Willie Trotman and Oscar Cohen of the NAACP, The Rockland Clergy for Social Justice, and the Padres Unidos of East Ramapo deserve the credit for their leadership.

The district now has a reputable and experienced law firm. It is one step, but a very important one in returning quality education for all of our children in East Ramapo.

In June of 2011, the school board majority, led by Aron Wieder (again!) chose Dr. Joel Klein instead of Pedro Santana for Superintendent of schools.  This action has also caused irreparable harm to the students of East Ramapo. The failure of Dr. Klein to provide competent leadership has been documented by the state education department. The most obvious deficiency was the insensitivity of Dr. Klein to the Latino families. This led to massive protests at every school board meeting and even at Dr. Klein’s house. Given that Chancellor Tisch of the Board of Regents has also called for him to be removed, it would seem only a matter of time before he will also be exiting our district. It can’t be too soon.

3) A Brief History of East Ramapo

A Community View in the Journal News has inspired me to take a look back at what has happened to East Ramapo. Titled “Remembering East Ramapo’s Glory Days“, it recalls the long service of school board member Georgine Hyde, a Holocaust survivor who believed that providing a quality public education to all children was the best way to ensure “never again”. The effect of having quality leadership on the board was documented by students and staff in 2004.

However, in 2005 Ms. Hyde was voted off the board and a new, majority Orthodox board was formed. Collaboration with the non-Orthodox community was ended (also voted off the board that year was Dr. Danielle Bright, the only Haitian American on the board) and quality public education started to take a back seat to maximizing funding to Orthodox yeshivas.

Then, in 2008, despite objections from parents, staff, students, and the state education department, Mr Wieder proceeded to implement a series of steps which brought the district to its knees. He brought D’Agostino and Klein soon followed. Two schools were closed and sold. Each of these moves has turned out to be a disaster. Legal costs have skyrocketed. State reports indicate the Klein Administration is incompetent and students are suffering because of it. The Attorney General is still investigating the sale of the schools, while enrollment goes up and overcrowding worsens.

This year, a series of community organizing actions have brought the problems caused by conflicted governance into sharp focus. Elected officials including Governor Cuomo, Assembly Members Zebrowski and Jaffee, and Senator Carlucci have called for change. A bill to give more power to the State Education Department to oversee East Ramapo passed in the NY State Assembly. The federal civil rights lawsuit, first brought in 2012 by Advocates for Justice is wending its way through the court system.

How can you be involved? Come to the protests at the school board meetings. Write letters to the newspaper. Call the radio. Email elected officials. Donate to Advocates for Justice.

Justice is Coming, and YOU can Make it Happen!