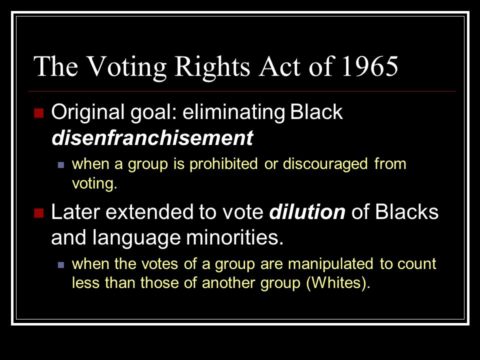 Power of Ten Update
In This Issue:
1. Where Do I Vote?
2. School Board Loses in Court Again
3. Candidates Forum May 3
4. Campaign Volunteers Needed

A printing mishap has left many East Ramapo voters puzzled and irritated about where to go vote on Tuesday May 15. The district is blaming the printer, who they say was the “lowest responsible bidder”, but a quick web search reveals no functional website, only a Facebook page with just five posts since the company president died in 2016. Did anyone from the district review the level of service? Is sending out correct information to voters a priority? Will anyone be held accountable?

Voters can look up their polling place on the district website. The district also says it will send new postcards.

2) School Board Loses in Court Again

The Spring Valley Branch of the NAACP says that the system of voting in East Ramapo is discriminatory. It has joined parents in a lawsuit to force the district to stop using the “at-large” system. At-large voting has historically been one of the tactics most often used to disenfranchise voters of color.

Because the East Ramapo school board refused to voluntarily adopt a system that doesn’t discriminate against voters of color, the NYCLU filed a lawsuit. The board has hired its usual very expensive lawyers to fight to maintain the racially biased status quo. They filed a “motion to dismiss”.

According to the Journal News, the federal judge in White Plains has denied the school board’s motion, and the lawsuit will proceed.

Of course, the board could avoid losing another costly lawsuit by simply following the law and not discriminating against voters of color.

Is that too much to ask?

Hosted by the Spring Valley NAACP
JAMCCAR, Inc. and HAPAC

You can help get out the word about our wonderful school board candidates. They are: Sabrina Charles-Pierre, Pastor Jose Cintron, and Miriam Moster.

Power of Ten Update
In This Issue:
1. How the Sausage is Made
2. Walk with Our Candidates

1) How the Sausage is Made

What happened? The  Forward reports: Cuomo Called The Rebbe. The Rebbe Prayed To God. The Budget Deal Got Done.

Shulem Deen asks in the NY Times: Why Is New York Condoning Illiteracy?

NY State Education Department now has to answer Mr. Deen’s question, or else change their mission statement to read: “raise the knowledge, skill, and opportunity of some of the people in New York”

2) Walk with Our Candidates

Our candidates for East Ramapo school board are taking to the street, every weekend, to meet our neighbors and talk about the upcoming budget and board election. Please join them! For details, contact Chevon at chevon0939@gmail.com

To learn about the campaign, and the candidates, visit https://eastramapotogether.wordpress.com/