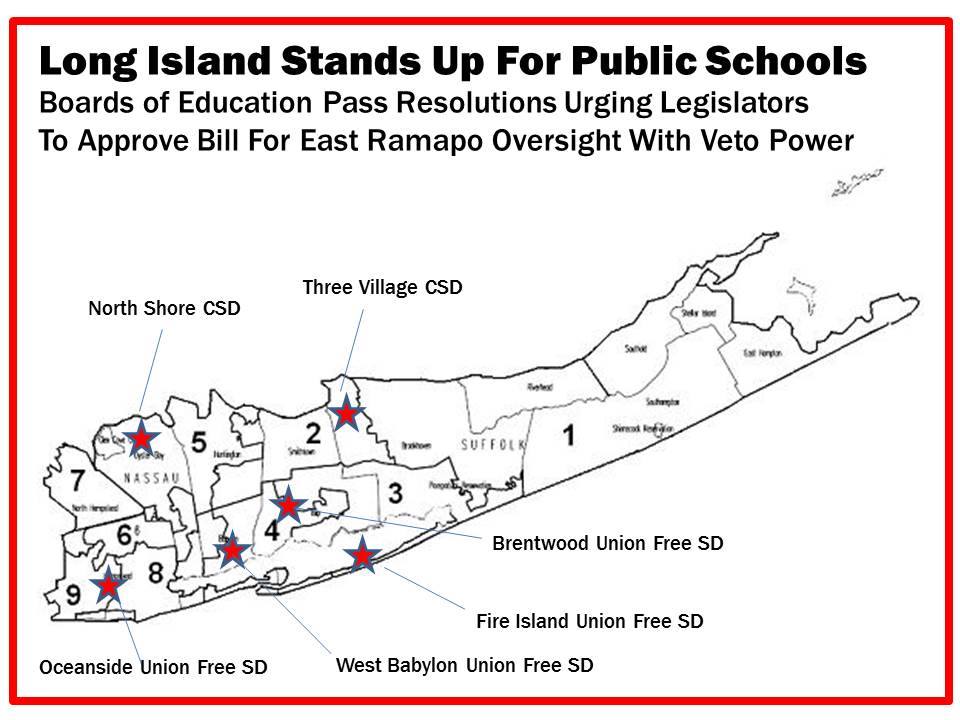 Who is running for school board this year? When is the election? How can I help? Answers to these questions and more will be available this Saturday at 1:30 PM in Spring Valley.

The candidates for East Ramapo school board invite you to attend a campaign rally and press conference.

What: #4Women4ALL School Board Campaign Rally
When: Saturday April 2 at 1:30 PM
Where: In front of the Spring Valley Police Station, 200 N. Main St. Spring Valley NY

Agenda:
1:30 Candidates will present their platform
1:45 Questions from the press and the public
2:00 Training for door to door canvassing
2:15 – 4:00 Door to door activity in Spring Valley
4:00 Meet for Pizza

#4Women4ALL are: Jean Fields, Kim Foskew, Natashia Morales, and Sabrina Charles-Pierre. They advocate for a quality education for ALL children in East Ramapo. They have a vision and goals for high academic achievement for all students that will inspire parents and other stakeholders to have confidence in the local public schools. They have a mix of skills and backgrounds that will help the school board represent the diversity of the East Ramapo community.

Jean Fields is the former principal of Ramapo High School. Kim Foskew is a former president of the East Ramapo PTA Council. Natashia Morales is a public school parent and activist. Sabrina Charles Pierre is a current school board member. Together, they are #4Women4ALL!

The Board of Directors of the Martin Luther King Multi-Purpose Center Inc. is pleased to invite you to its 25th Annual Awards Benefit Dinner Dance!  Michelle Brown, Weekend Anchor and Emmy nominated reporter for News 12 Westchester will be our emcee for the evening!

Six school boards from across Long Island have joined the Rockland County School Board Association in passing resolutions in favor of East Ramapo oversight. Two County Executives have Joined with Rockland County Executive Ed Day in calling on Senator Flanagan to stop blocking the bill for a monitor with veto power. Senator Flanagan needs to hear from YOU too. Please sign our petition asking him to visit East Ramapo and see first hand that NY State cannot continue to ignore the crisis in governance of our schools.

Senator Flanagan, using his power as Majority Leader of the NY Senate, is preventing the passage of legislation designed to resolve the crisis in East Ramapo. His actions are highly unusual; normally a bill which addresses a local issue is not blocked by leadership as long as it has the support of the local community that it affects.

That support was reiterated last week by unanimous resolution of the Rockland County Legislature:

The bill was written and sponsored by Assembly Members Ellen Jaffee and Ken Zebrowski and Senator David Carlucci, all of whom represent East Ramapo. The bill has been endorsed by the Rockland County School Boards Association, of which East Ramapo is a member. So there is NO QUESTION as to local support.

There is also expert testimony and broad support from around NY State:

The bill has the support of the NY State Education Department, the NY State Board of Regents, Governor Cuomo, and the NY State Assembly. There have been two studies by independent experts in law, finance, and education, which have ALL come to the same conclusion.

Now Senator Flanagan is being called out for his obstructionism:

County Executive Ed Day has written to Senator Flanagan expressing his disappointment over Sen. Flanagan’s opposition to a monitor with veto power:

County Executive Day has invited Senator Flanagan to join him on a tour of East Ramapo.

Click here to urge Sen. Flanagan to accept the invitation.

The following messages are from Strong East Ramapo:

HUGE NEWS: SUPPORT FROM FLANAGAN’S OWN DISTRICT — I am proud to report that Three Village Central School District has joined our cause, passing a resolution in favor of an East Ramapo oversight monitor with veto power. Three Village includes the hamlet of Stony Brook, part of the district of Senate Leader John Flanagan, who has voiced strong opposition to our bill and is preventing it from getting to a vote. ‪#‎LongIslandStrongER‬

THANK YOU, NORTH SHORE — The North Shore Central School District’s Board of Education, which is located in Senate Education Chair Carl Marcellino’s district on Long Island, passed a resolution at a recent school board meeting in favor of East Ramapo oversight! ‪#‎LongIslandStrongER‬

How can you help? Please call Senator Flanagan’s district office (631-361-2154) and say: “I wanted to be sure that you knew that the Three Village School Board has passed a resolution in favor of East Ramapo oversight with veto power, so Senator Flanagan should reconsider his position on this issue.” The more people who remind his office of this news, the more concerned his office will become.

Billions of dollars are spent each year by the state and federal government to ensure that every child has the kind of quality education that will help him or her to develop into a productive, responsible citizen. Several recent investigations ask whether there are some who take that money without having any intention of delivering the service it was intended for. If this is the case, we hope that government will act quickly not only to recoup the funds, but also to ensure that no child will suffer from neglect of their civil right to an education.

Two excellent essays appeared this week in the media. The first, in the Journal News, analyzes co-existence and corruption in Ramapo and beyond. The second, by prize-winning author Shulem Deen and published in the Forward, looks at the difference between honest criticism and bigotry. I strongly suggest that you read both. The first might make you crazy, but the second will keep you sane!

The Journal News: Editorial: Room for all in Ramapo?

The Forward: Purim and Encounters With Bigotry — Including Our Own

Last year, the Rockland County Legislature passed a resolution supporting the recommendation of Fiscal Monitor Greenberg for a monitor with veto power.  Today, they will consider a similar bill supporting the same recommendation by the monitoring team of Walcott, George-Field, and Sipple. You are encouraged to attend!

The Superintendent will be holding a series of public forums on the 2016-17 budget. The schedule of the forums is available here.

There are also requirements by law that a budget must be finalized by April 26 – May 3, and  a public hearing must occur between May 3 and May 10.

Coach Delva is “The Coach Who Sets No Ceilings“. The Martin Luther King Multipurpose Center will honor him at their Annual Dinner Dance on April 3rd.

How many school districts in New York have zero women members? How many have only one out of nine? If you believe that women should play an important role in public policy decision making, you can express that feeling at the polls on May 17!

All Rockland school districts were found to be in overall good standing except East Ramapo, which was given a focus designation for the second consecutive year.

What makes East Ramapo unique is the many residents that don’t use public schools and don’t support public education.

In 2011, at one polling place (Freshman Center) only 4% of voters voted in favor of the budget. Most of the voters there send their children to private school.  Because the private school users outnumber those who use public schools, the budgets fail and programs are cut.

At another polling place, in the same year, 84% of the voters voted yes for the budget.  Most of those voters were from areas where parents use public schools. These voters, mostly people of color, are a minority. Their commitment to education is high, but because state laws give local control to a local majority, their civil right to an education is ignored.

It is not reasonable to expect that this problem of a Not So Simple Majority is going to resolve itself. Two separate investigations by independent experts concluded that NY State laws must be changed. Their recommendations have the support of the Rockland County Legislature, The Rockland County School Boards Association, various religious and civil liberties groups, the State Education Department, and more. The bill has passed the Assembly but has yet to pass the Senate.

NY State is giving East Ramapo a failing grade. East Ramapo parents are looking the state right in the eye. They are asking “Who is Failing Who?” 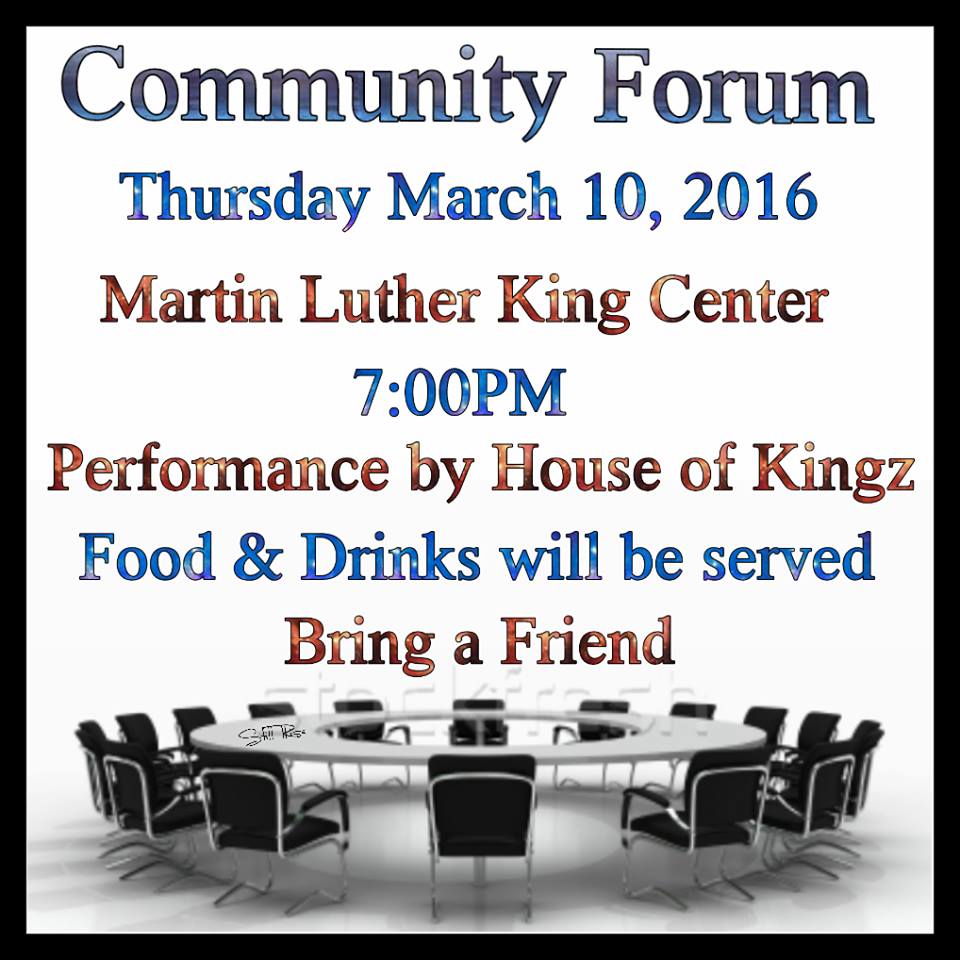 1. Thursday Community Forums Continue
2. The 2016 School Board Campaign has Begun
3. Support for Monitor with Veto Power Continues
4. A Great Coach Sets No Ceilings

Join us once again as we continue our community conversation about East Ramapo issues. Learn how you can be involved. Meet the Candidates for School Board. See you there!

Learn about the candidates and the campaign here: East Ramapo Coming Together

A very well reasoned editorial and a joint letter from the NAACP and local rabbi emphasize the need for Albany to act:

4) A Great Coach Sets No Ceilings

The following essay is by Flose Boursiquot, an East Ramapo Alum:

If you have walked the halls of Spring Valley High School in the last 10 years, you’ve heard of Coach Andrew Delva Senior.

A Haitian-born ambitious man with a strong heart, Coach Delva has been a pillar in Rockland County for a over a decade. The Spring Valley High School Football Program is at the center of his heart, and he has recently taken to coaching track and field with the same spirit. Whether on the field or on the track, students have a deep appreciation for him.

Join us once again as we continue our community conversation about East Ramapo issues. Learn how you can be involved. See you there!

This year the superintendent is asking the community to be involved in a process of crafting a budget that serves the students needs. Please come out and participate in one or more of the scheduled budget forums.

CUPON Rockland invites you to their Rally on Tuesday:

Let’s show up at Ramapo Town Hall to demonstrate to the Town Planning Board that we object to overdevelopment and discriminatory housing. Please bring neighbors!