Skip to content Skip to main menu
Home › Uncategorized › Too Much News! 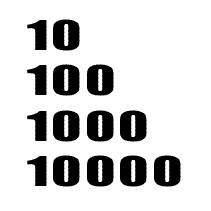 Power of Ten Update
In This Issue:
1. Forum Postponed
2. Monday Pizza and Justice!
3. Too Much News

The Candidates Forum that was scheduled for Nov 13 has been postponed to a date not yet determined.

Are you dealing with mold or other environmental issues in your school, or lack of busing, or access to remote education, or special education?

The New York Civil Liberty Union wants to share ideas (and pizza) with you!

NEW YORK CIVIL LIBERTIES UNION INVITES YOU
The invitation is to parents, students, and other members of the community. Come and meet the NYCLU Staff and get to know them and their work. A community workshop will be held, and pizza and drinks will be provided as well!

A special thanks to those who noticed Power of Ten has been quiet lately. There has been a lot happening, and we are short-staffed. I recommend readers also subscribe to the Journal News, and the Facebook groups “Power of Ten – East Ramapo for the Children” at https://www.facebook.com/groups/120338314981/ and “Save Our Schools: East Ramapo” at https://www.facebook.com/groups/190355663138

A very brief rundown of issues just this school year: