Skip to content Skip to main menu
Home › Updates › The Power of the Veto is Here! 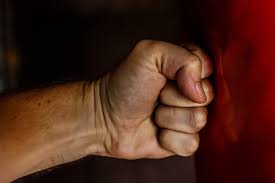 Power of Ten Update
In This Issue:
1. The Power of the Veto is Here!
2. An Unorthodox Education: Exclusive Screening
3. Beyond The Wall

For too long, the East Ramapo Central School District has faced a multitude of problems with its leadership. The School Board has continually given priority to private religious schools at the expense of the public school system that almost entirely serves students of color. While state monitors and a successful voting rights lawsuit have helped the situation, the school board has continued to pursue racist policies, leaving public schools severely underfunded.

On June 29th, Governor Cuomo signed a new law empowering the monitors to take action against the school board when needed. East Ramapo is the only school district in the state where monitors have been given this authority, and its because the parents, students, and activists made their voices heard. Here are some of the new provisions in the law:

State monitors now have the power to override decisions made by the school board that undermine the strategic improvement plan for the district. The monitors, along with the state education commissioner, have approval power over the district budget. The monitors can require school board members to attend trainings, such as the anti-racist training they recommended last year but could not require. The School Board must create a conflict-of-interest policy and form a 10-person community advisory board made up of public and non-public school parents. The School Board must give the monitors 72 hours advance notice of decisions on their agenda. The monitors will have approval authority over the selection of future superintendents.

This law aims to ensure that all students in the East Ramapo Central School District have access to the same educational resources as their neighbors; it will succeed only if we as a community stay informed, involved, and active.

While the change in the law is a significant victory for the public school community, we still must ensure that our students will be protected. In the future, the NYCLU will be planning and hosting workshops that educate community members about this issue, the new protections under state law, and how to continue fighting for students’ rights. And the NAACP will meet with the monitors, state officials, and school board members to stay on top of developments and be the voice of the East Ramapo public schools. They will be issuing a list of recommendations this fall, and will need your help to make sure they are heard.

Stay tuned for more information, and please share this email with your friends and family who want to get more involved.

Thank you for helping us protect the East Ramapo Central School District.

Join Yaffed for an exclusive virtual film screening of An Unorthodox Education to commemorate the six year anniversary of the 2015 complaint letter sent by yeshiva graduates and parents to NYC’s DOE and to mark another year of the City’s continued inaction.

Directed by Joe Kolman, this independent documentary-in-progress exposes a shocking truth– tens of thousands of children attend Hasidic yeshivas in New York that refuse to provide students with the legally-mandated general education they need to lead self-sufficient adult lives. Hear directly from former students and parents as they tell their striking stories for the very first time, illuminating the consequences of being denied instruction in subjects like English and math. Learn how New York City’s outgoing Mayor delayed reform efforts in return for political favors from the Ultra-Orthodox community, and how scientific ignorance led many in that community to protest COVID-19 safety protocols.

The 40 min. screening will be followed by a live Q&A featuring 4 panelists who appear in the film:

Beyond The Wall is an extensive art experience centering the Black and brown people of Spring Valley, New York. It features visual art work, live performances, poetry, dance and all art has to encompass. Through this experience, it is hoped that artists can find bliss in their expression and create community among their fellow artists.