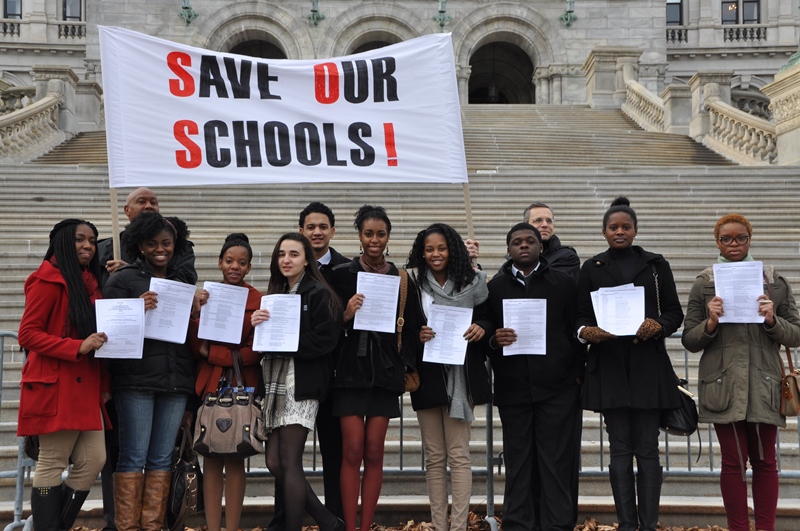 Power of Ten Update
In This Issue:
1. Getting to Know your Neighbors
2. Budget Roller Coaster Ride
3. The Case for an East Ramapo Receivership

1) Getting to Know your Neighbors

“To people on the outside, the religious Jewish world can appear monolithic. Black hats and long beards have come to represent a way of life that follows specific rules very separate from those within secular society. But the truth is, there are many different levels of observance and affiliations within the religious Jewish community. To understand the role of education in this multifaceted Jewish world, it’s important to have a firm grasp of the nuances among the different communities.”

Read this fascinating and informative report from Yaffed, and get to know your Jewish neighbors better!

Funding for East Ramapo’s school programs has been on one crazy roller coaster ride this year. Here’s the turn-by-turn:

How will East Ramapo recover from the pandemic? Will the funds be used wisely to provide the kinds of programs that the students need?

The district will hold a series of presentations, starting on April 12. They don’t give out the address in advance, so Power of Ten is unable to provide a link here. You have to go to the district website the day of the event to find the link.

3) The Case for an East Ramapo Receivership

We’re in the seventh year of the state takeover of East Ramapo.  What do I mean by that?  Really, the state doesn’t need to “take over” our district because it already oversees it—and always has. It’s the state that bears the legal responsibility to ensure our children’s education. Whatever authority local educational authorities have was granted by the state, to which they are answerable.

Eight years ago it became obvious to all that the school board—the majority of whose members send their children to private schools–was acting against the interests of the school district they oversee, and the state education department (NYSED) was neglecting their duty to the children.

Here are the salient facts:

It’s as if a child’s parents decided the babysitter was the final authority in parenting matters, and that their role was purely advisory.

Due to public outcry at the harm done to public-school children by the board, pressure was growing for New York State to take over the school district.  Governor Cuomo and Chancellor Tisch made the decision to intervene in East Ramapo but their plan for a new governance system in East Ramapo was, to put it bluntly, bizarre.  They proposed a power-sharing arrangement in which New York State would abandon its obligation to the children and instead serve only as adviser to the school board, an entity whose powers, again, derive entirely from the state.  A helpful analogy: it’s as if a child’s parents decided the babysitter was the final authority in parenting matters, and that their role was purely advisory.

This power-sharing arrangement would prove to be the worst of all possible state takeover plans.

Clearly, the power-sharing system imposed by the state takeover ordered by Governor Cuomo in 2014 has been a failure for the children of the district.  On the other hand, it has been a great success for the school board whose real mission—as opposed to the one its members swore to uphold upon taking office–was to transfer public funds and public property into private hands.

Governor Cuomo deserves the lion’s share of the blame.  NYSED is certainly a close second. These are the entities that have both the power and the obligation to provide an education to New York’s children; both have failed miserably, and it is the children of the East Ramapo public-school district, many of them low-income, most of them people of color, who have suffered, their schools sold off to private schools, their district budget gutted, their programs slashed, their teachers laid off.

Local activists have called for the removal of the school board and the direct management and funding of the district until an alternative system can be put in place. Yet, up to now, New York State has offered little more than “oversight, guidance, and technical assistance”. Local activists have done all the heavy lifting.

Repeated requests from activists have been ignored, including a lengthy position paper written by former board members and superintendents (including Mimi Calhoun, Suzanne Young-Mercer, Oscar Cohen, Judith Johnson, Jason Friedman and Constance Frazier) sent to the “fiscal monitor” Hank Greenberg, recommending that the state implement a Receivership model for the district.

With a deluge of new state and federal money coming in, there is the potential that more fiscal shenanigans will be hidden in the flood. More marginal improvement will be used as cover for continued diversion of resources from public schools that serve children of color to all-white private schools. The school board majority has shown that they will do everything in their power to achieve this. The question is “why do they still have have any power at all?”