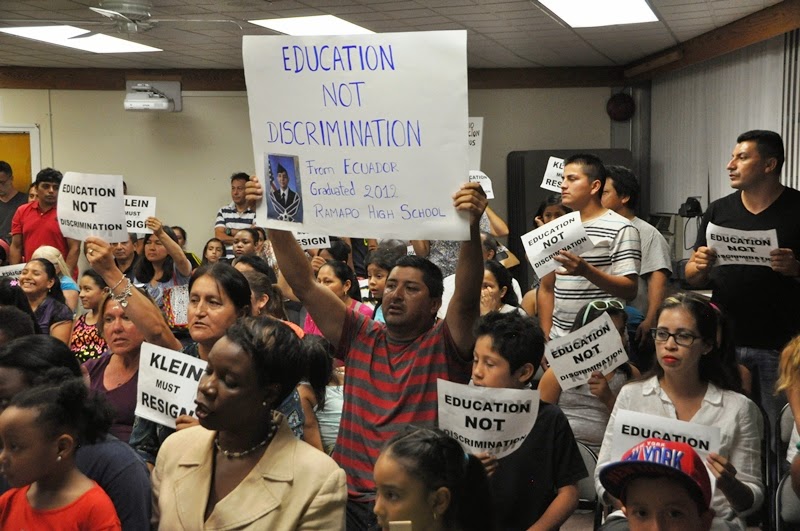 As the days and weeks have passed since Supt. Klein’s offensive remarks at an August board meeting, the unanswered calls for an apology have turned into a demand for his resignation. Adding insult to injury, Klein claims that the video was not a true representation of his words. Each missed opportunity for an apology is another offense to our students. The board fails to hold him accountable, just as they failed to hold Chris Kirby or Al D’Agostino accountable. It is because of the terrible power wielded by the bloc vote that elected officials can condone such offensive behavior.

NYS Supreme Court Justice, Hon. Sam Walker will be the guest speaker at this Friday’s JAMCCAR meeting. The topic will be “Law Enforcement and Us: Ferguson and Beyond” – October 10 at 7:30 p.m. at the Louis Kurtz Civic Center, 9 North Main Street, Spring Valley, New York