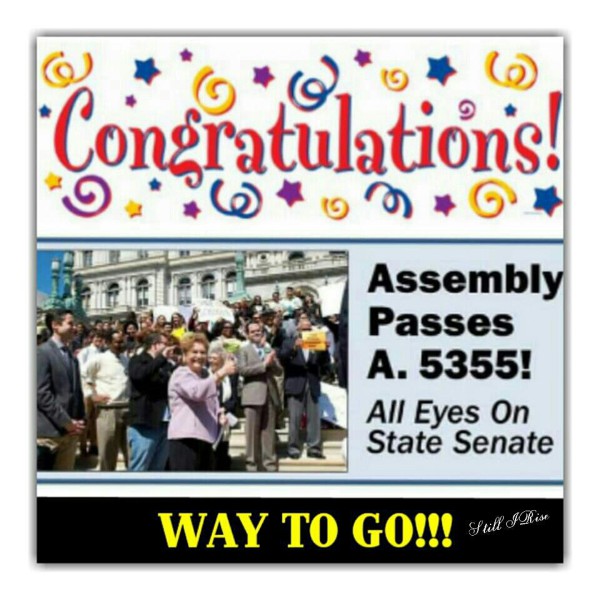 Today was a historic milestone in the struggle for Justice in East Ramapo. The Bill for a Monitor passed 80-56. Thank you to Ellen Jaffee and Ken Zebrowski, as well as Assembly Education Chair Cathy Nolan, Assemblywoman Rodneyse Bichotte, Assemblyman Aubry, and Speaker Heastie.

The bill must now pass the Senate. Senator Carlucci told the Journal News that he’s working hard with Senate Leader Flanagan to get the bill to a vote. Then it will go to Governor Cuomo, who has already said he will sign the bill.

Many have already sent email to the Senate rules committee. Please use this link to send another message, which addresses some of the concerns raised by opponents of the bill.

Use this Link to send Email to NY Senate Rules Committee

We must also keep the phone calls going — and MUST mobilize anyone you know in New York State to call their own local senator (or, even better, show up at the local office). If you know ANYONE on Long Island or upstate New York in particular, this is the time to ask them to help us. No one is more persuasive than the person who votes for you. Think through your own contacts, and reach out to them.

When you call the people below, please say:
“My name is X, and I am from Y. I strongly support Senate Bill 3821, and we need your support now. Everyone from the Rockland School Boards Association to the New York City Bar Association considers this a reasonable solution to a crisis that has gone on for way too long. Please support us.”

Dr. Mandel delivers a brilliant, educated interesting interview on the WAMC Radio Show “Conversations with Alan Chartock”. Follow this link to listen to the show