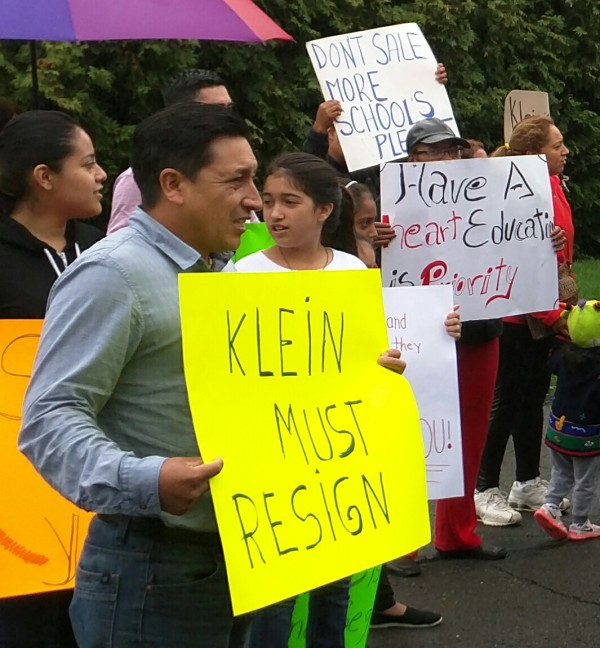 What happened? We are all asking ourselves how a local bill bill with 100% local support, including a resolution by the Rockland County Legislature, lobbying by County Executive Ed Day, and the support of the Rockland School Board Association could fail to get a vote in the NY State Senate.

“In East Ramapo, where a school board dominated by Orthodox Jewish members is at odds with the parents of a student body that is largely black and Hispanic, in a situation that seemed to be crying out for some resolution at the state level … Governor Cuomo … backed a bill … which passed the Assembly by a close vote … but the Senate did not advance legislation on the issue … Republicans there, including Flanagan, said the Assembly bill would strip local control of schools. He’s likely just as mindful that bloc voting is common in Orthodox communities, and that the G.O.P.’s narrow majority depends on keeping Simcha Felder, a Democrat whose Brooklyn district is heavily Orthodox, in the fold.”

Following a series of reports which document the failures and incompetence of East Ramapo district leadership, Chancellor Tisch has called for the removal of Superintendent Klein.

The East Ramapo school board is controlled by Orthodox Jewish men who send their children to private religious schools. Over the past year, a series of state reports have detailed the district’s financial deficits, mismanagement and failure to provide adequate instruction to many of its public school children, most of whom are poor minorities.

In recommending that the board remove Superintendent Joel Klein,Ms. Tisch said, “It’s time for the board of East Ramapo to stop living in this fantasy where the world doesn’t see them as being misguided in their treatment of these public school children, and do something to show…they are going to try to act to repair a very damaged relationship” with the community.

Angelica Infante-Green, the education department’s associate commissioner of bilingual education, described her experience visiting East Ramapo: “What I did see was very little attention paid to (immigrants who speak Spanish).” “The funding that was designated for this population was being misused. It was not going to direct services to students,” she said. “It’s an injustice that these kids have not been served.”

On Sunday Morming, about 75 people gathered in front of Superintendent Klein’s house to demand Klein’s resignation:

Many of the protesters were Latinos, who remembered that the superintendent had made insensitive comments about Hispanic immigrants last year. Now they have read the new reports about how the district is failing to deliver state mandated services for immigrants and English Language Learners.

There has been a protest at every school board meeting since September 2014. The nest meeting/protest will be Tuesday July 7 at 7:00 PM, at 105 S. Madison Ave, Spring Valley. We hope you will join us. Justice is coming, and you can make it happen!