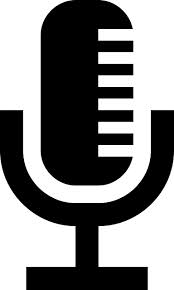 This American Life, the award winning NPR radio show,  will air A Not So Simple Majority, a show produced by Ben Calhoun about the conflict in the East Ramapo public schools!!!

The schedule for airing in the NY area is:

This American Life is a weekly public radio show broadcast on more than 500 stations to about 2.1 million listeners. It is produced by Chicago Public Media, delivered to stations by PRX The Public Radio Exchange, and has won all of the major broadcasting awards. It is also often the most popular podcast in the country, with around one million people downloading each week.

2) What have we learned from Ferguson?

Issue: How can the shooting of an unarmed young man by a police officer in Ferguson, Missouri inform us to build a safer, stronger and more vibrant community in Rockland?

“We want to ensure that what happen in Ferguson, Missouri won’t be repeated in our community. Law enforcement and community members need to know and understand one another. This coming together is a step in developing a dialogue” Reverend Weldon McWilliams, IV, Ph.D.

Sponsored by the Spring Valley Branch (NAACP), Power of Ten, and Rockland Coalition To End The New Jim Crow

3) Rally for Education, not Discrimination (continued)

At the August 19 school board meeting, Dr. Klein proposed an “alternate transitional program” for Hispanic students. He made it clear that the students would not be registered in high school, but rather be provided with free food and English lessons. His comments were deeply offensive. Many from the community went to the next board meeting on Sept 2nd to protest. We will continue the protest on Sept 16th. Please also sign the petition at: http://poweroften.us/east-ramapo-dont-discriminate/

4) Forum about East Ramapo
Delta Kappa Gamma Society International is sponsoring an open forum at Finkelstein Library on Thursday September 18 from 4-6 PM. The subject of East Ramapo will be discussed by local clergy.
5) East Ramapo Underground Show Today
Listen in today, Friday September 12th @ 10 am tune into WRCR 1300AM for another exciting edition of East Ramapo Underground!
School’s back in session! How did the school bus follies go the first week?
Education Discrimination in East Ramapo, Hispanics need not apply for education in East Ramapo!  Klien sticks is foot in his mouth with racist comments about Hispanics and he doesn’t apologize for his comments either!!! Camp Shalom wants to let Chestnut Ridge Middle School use the “temporary” pools, but will East Ramapo being bearing the total cost of this endeavor?  When does “temporary” become permanent?Who will be the Hero’s & Zero’s of the month?

Call in with your questions and comments at 845-362-0013.
East Ramapo Underground