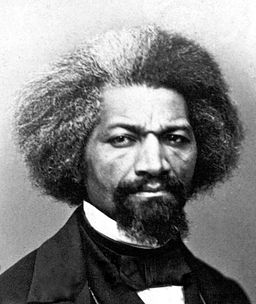 A Community Meeting has been called for Saturday, August 5 at 12 noon at the Martin Luther King Center, 110 Bethune Blvd in Spring Valley.

This message from school board member Sabrina Charles Pierre: The youth in our CommUNITY needs us now more than ever. Who is down for change? Who would like to make a difference? Let’s work together. We can only fail our children if we don’t try.

The Board of Education will be meeting on Tuesday August 8 at 7:30, at 105 S. Madison Ave in Spring Valley.

There is a rumor that they will be laying off bus drivers.

If this is true, it would be one more step in their plan to sell off the bus depot for pennies on the dollar, the same way they have sold off elementary schools.The previous steps have included deliberate neglect of the bus fleet as a precursor to closing the depot. The drivers are innocent bystanders.

Even Superintendent Oustacher, who cooperated with the closing of the schools (to a point), was opposed to outsourcing all of the busing and closing the depot. He felt there was an advantage to having a mixture of some district owned and some outsourced busing.

However, this school board does not consider what is best for public education or what the stated mission of the district is, except as an afterthought. The primary focus of this board is advancing the cause of the yeshivas and the real estate investors. That is their unstated primary mission.

You are encouraged to come on August 8 to see for yourself if this rumor is true and to bear witness to the un-rehabilitated school board. Our goal is for the public mission of the school district to be the actual measure against which all district actions are measured.

It seems that the more powerful one is, the less likely they are to be held accountable.

Consider this report from a student who was disciplined: “The Assistant Principal stated that if he did not (suspend me) it would seem as if he wasn’t doing his job.”

The state of New York has whitewashed the actions of the East Ramapo school board. Multiple “monitors” have done nothing while these illegal actions have gone on. Yes, it seems as if they are not doing their job.

Why the double standard? It seems that the more powerful one is, the less likely they are to be held accountable. Is this the model that we desire for our society? Is this will you want to teach our children? Persecuting the weak and protecting the strong is moral cowardice.

East Ramapo does not have a zero-tolerance policy for lawyers or board members or superintendents. It has a zero-tolerance policy for students. But students are immature and prone to make mistakes. Parents, guardians, and educators understand their role is to escort these young people through this mistake prone time of life, but too often our institutions single-minded focus on “zero tolerance” leads to them becoming part of the “school to prison pipeline”.

It doesn’t have to be this way. I was a volunteer with the PASS (Positive Alternatives to School Suspension) program. This was one of the many programs which fell victim to the cutbacks of the last several years. Suspended students reported to the Spring Valley RCC extension (now a yeshiva) and received tutoring in STEM, English and Social Studies, and even the Arts (I was teaching percussion instruments). It was an unforgettable experience for teachers, students, and volunteers. These were kids with similar stories to the report that I published here. Many did have a POSITIVE experience.

What are we willing, as a society, to invest in these kinds of endeavors? Frederick Douglass said “It is easier to build strong children than to repair broken men.”