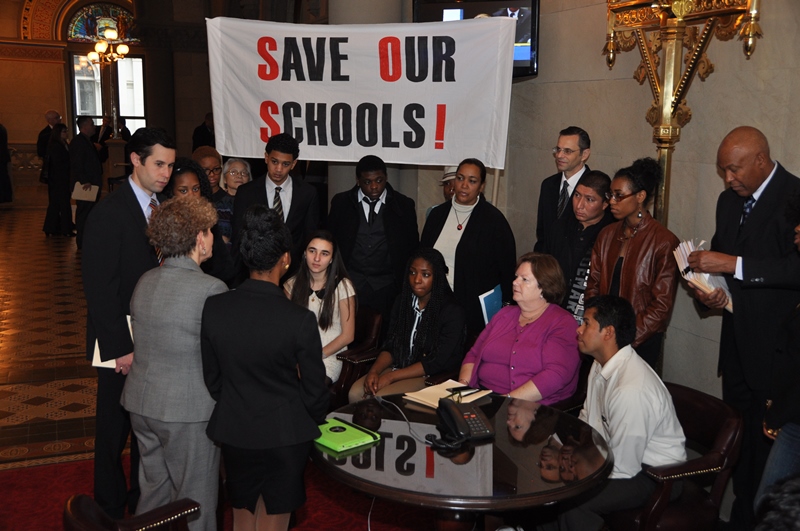 All Candidates are invited, please come and participate!

Election Day is May 19, have you told everyone you know yet?

Have you called the NY State Senate Education Committee yet? The chairman of the committee has just been named Majority leader of the Senate! He needs to hear from you about why you support oversight for East Ramapo. While you are at it, why not call those friends and relatives around NY and ask them to call their Senators and Assembly Members too? If they are not familiar with East Ramapo, refer them to the Power of Ten webpage, where they can listen to the fantastic NPR radio show, or peruse the many newspaper articles (and Power of Ten emails) archived on the page.

To Summarize: We are asking you to

The New York City Bar Association has issued a multi-page legislative report in favor of A. 5355 and S. 3821. They found that students in the district are being denied a sound, basic education, that the board has failed to fulfill its fiduciary duties, and that the legislation is reasonably tailored to avoid overreach. The report, being distributed to members of the Legislature as we speak, punctures the argument that this bill is somehow an inappropriate use of state authority.