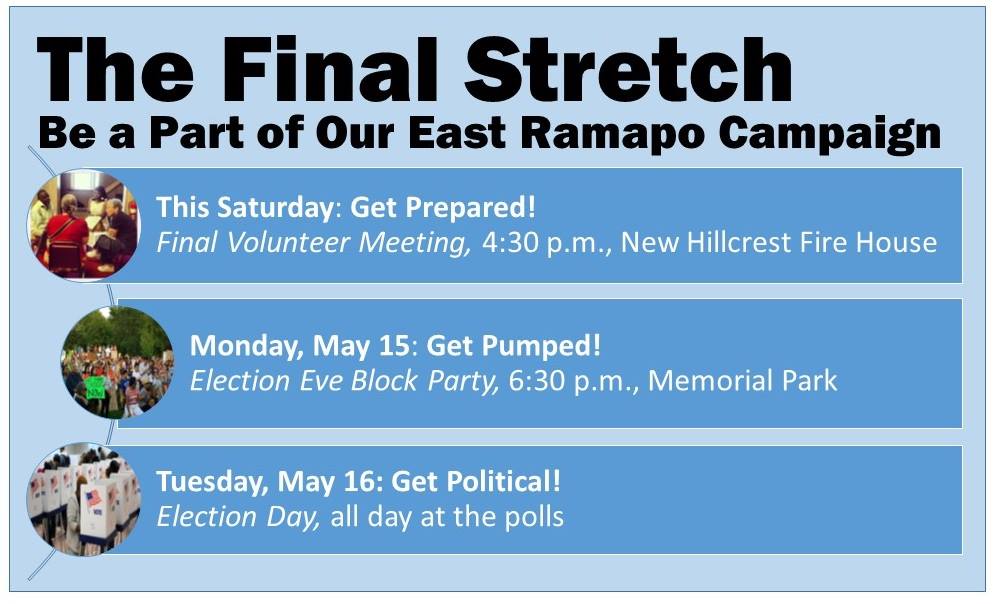 1. Budget Blackmail and Betrayal
2. NO Confidence
3. NO on the Budget
4. The Final Stretch

There is no other way to say it. The superintendent, the monitors, and the commissioner were given an ultimatum: “Put $1.4 million into the budget for ultra-orthodox yeshivas, or we will vote the budget down.”

It was a test, and they failed.

The correct answer was given by Assembly member Ellen Jaffee, who said “While on the surface overriding the tax cap appears to be a long-term strategy, the board’s proposal will reverse the positive direction the district has taken and undermine the trust that together we have worked so hard to establish.”

We can longer have confidence that Commissioner Elia will act with integrity and sensitivity. We must hold her accountable for this betrayal of our trust.

It is unacceptable and irresponsible to approve a budget based on quid-pro-quo deal and misrepresentations. Commissioner Elia should have known better. She must be held responsible.

Please sign this petition calling on the NY State Board of Regents to cast a vote of no-confidence in Commissioner Elia, and for her to step down as Commissioner of Education.

How can we adequately express our outrage over the deceptive and prejudicial budget deal? We are only given two choices: YES or NO. We were not included in the backroom deal-making. Even our one representative on the board was left out. One writer to The Power of Ten expressed sadness over the decision she felt forced to make:

I am an educator as well as a taxpayer in the East Ramapo Central School District. I am extremely displeased and frustrated in the way the school board has been disenfranchising the public school children in this district. Since the time in which my own children have attended the public schools in the district, I have been witnessing a steady decline in the services, materials, etc. to which these students should be entitled.

For the first time in over the thirty years that my husband and I have lived in the East Ramapo Central School District, we will not vote in favor of such a budget!!

ONE WEEK LEFT — We have just SEVEN DAYS before the Election! It’s not too late to be part of the action: