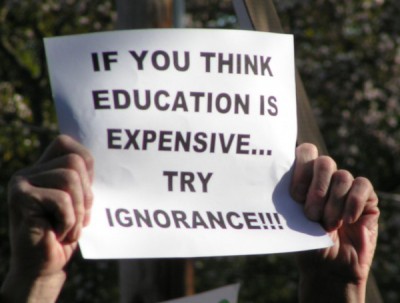 1. Beloved Educator Passes
2. Second Monitor Reiterates: No More Aid Without Veto Power
3. The Effect of Failed Budgets on Education
4. Join Us in Albany

Patricia Simmons, beloved principal of Fleetwood Elementary, passed away on December 27. She was a true friend and cared deeply for the children she served. She was never afraid to speak truth to power.

The Journal News: Simmons lifted her school, her staff, her children

NAACP statement on her passing: Pat Simmons, A Quiet Smile

Dennis Walcott was interviewed by the Journal News about his report to the NY State Board of Regents. He explains his support for a monitor with veto power. He reiterates the findings of Hank Greenberg, who found that the problems are not the fault of any one person or group of people, but is an inherent flaw in the system of delegating control to a local agency.

3) The Effect of Failed Budgets on Education

4) Join Us in Albany

Last year we rallied and lobbied in Albany for a bill which would have provided a monitor with veto power for East Ramapo. Our efforts were successful in getting the bill passed by the Assembly, but it was blocked from even being considered by the leader of the Senate.

Albany has a two year cycle for bills, which means the bill could still become law in 2016. We will again do everything in our power to make this happen. Not because it is the answer to all of the problems, but because it is the best first step we have at our disposal at this point in time. We are being told that it is possible that the bill will pass, and that the one thing most needed for it to pass is public pressure. From you!

There will be buses, but you must register in advance. You can register for the bus or get information on carpooling or going on your own at: http://www.strongeastramapo.org/jan-13/