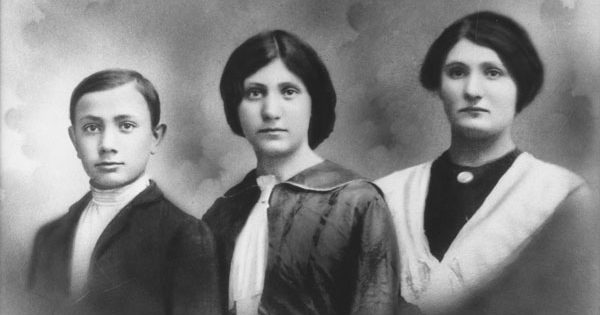 1. East Ramapo is a 2017 Campaign Issue
2. A Mother’s Plea
3. A Father’s Demand for Accountability
4. This American Life Revisits East Ramapo

County Exec Candidate Maureen Porette has weighed in on the lack of education in East Ramapo’s yeshivas, and she is not pulling any punches. Power of Ten congratulates her on her strong stand in favor of educating all children.

She made her position crystal clear in an interview on a local radio show. Candidate Porette stated:

Under New York State education law (non-public schools) need to be teaching Math English and Social Studies … but if they’re not teaching these subjects to these children then they are not entitled to any state money … we are talking about 24,000 children in private schools that are not being educated … How can (Dr. Wortham) possibly oversee that … 24,000 private school students (are) being properly educated? If you’re not going to oversee … that they’re being properly educated then all the money should be going to the public schools.

You can learn more about Ms. Porette on her website: https://poretteforcountyexec.com/

“Can you imagine how helpless I feel to not be able to give my child basic educational nourishment? There is nothing more frustrating than seeing my son’s future and potential being robbed from him because of these terrible decisions.”

Read her story at: https://medium.com/@hasidicmom/a-mothers-plea-to-mayor-de-blasio-c342e52cc319

This mother lives in NYC, but there are many like her here in East Ramapo. In NYC Mayor DeBlasio controls the schools, but in East Ramapo it is Dr. Wortham who is responsible to see that education is provided to every child, whether they are in home school, public school, or a non-public school. As Ms. Porette points out, Dr. Wortham should have support and guidance from NY State Education Dept. on this. Where is Commissioner Elia? Our “Monitors”???

3) A Father’s Demand for Accountability

At a recent East Ramapo school board meeting, a father, Yoel Falkowitz, talks about the lack of education in the Hasidic boys yeshivas. There is almost NO (secular) education given beyond the 3rd or 4th grades. Yoel knows this first hand because as a child he went to these Hasidic yeshivas.

He says: “The children hardly get anything in these schools. The children deserve better and the parents want education for their children, but the schools won’t provide it.”

“It is up to the superintendent to see that children get a proper education as mandated by NYS Law. The law demands that equivalent education is provided to all children.”

He demands accountability from the board: “My question is, if the law demands it, the child deserves it, we all know better and I see you work very hard to see that public school students get a proper education and the parents want it. So the questions almost asks itself, who are you working for if not for the children? Why are those children being left out completely? Why is the question left unanswered so many times? Anybody in power or anybody on the board that is not doing anything about it, should be held accountable.”

You can see his speech to the board on Antonio Luciano’s YouTube Channel: https://youtu.be/RHw1ogUAHfI

When the original version of “A Not So Simple Majority” aired on the public radio show This American Life, people all over America were listening. Ben Calhoun told our story with such clarity that even people who were already very familiar with the facts were overcome with emotion.

One person told me she was listening in the car and had to pull over because she was crying so hard.

The show was updated and rebroadcast this week. You can still listen online at: https://www.thisamericanlife.org/radio-archives/episode/534/a-not-so-simple-majority