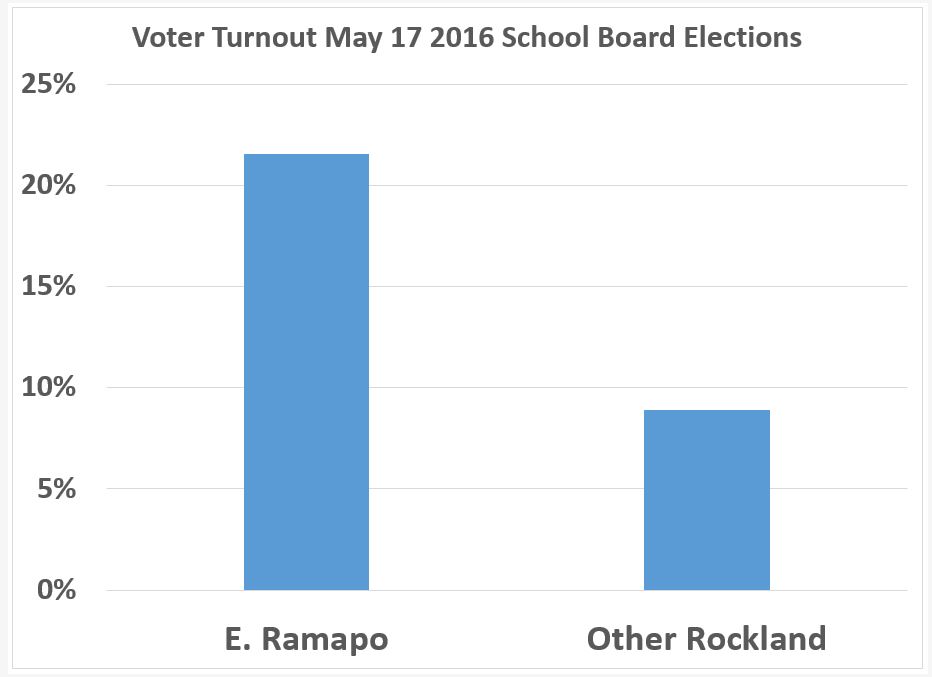 Many thanks to those who assisted and voted this year. Once again, East Ramapo voter turnout was more than double the numbers from other school districts. One of the #4Women4ALL candidates, Sabrina Charles-Pierre, was elected to serve a three year term.

The Budget passed in East Ramapo, as it did in all Rockland districts. It passed despite continuing lack of support from communities that largely send their children to private yeshivas (Jewish religious schools). At one polling place, support for the budget was only 8%!!!  No where else in Rockland was there such a poor showing of support for the public schools.

On May 20, East Ramapo students from Ramapo High School and Spring Valley High School held a rally for their education at Memorial Park in Spring Valley, NY. See what the students are saying on Tony Luciano’s YouTube channel. They are using ‪#‎strongERstudents‬ and ‪#‎onlyineastramapo‬.

Presented by the youth from Spring Valley Commons, the EELEF Center, and associated sponsors, RYFF is a yearly international film festival showcasing movies made by filmmakers 21 years old and younger from the Rockland County area and around the world.

RYFF is now accepting film submissions for their 2016 Film Festival.

LPZ Media and La Unidad Latina Foundation, in association with Tender Steps of NY, Inc., are partnering to engage and support the students impacted by the events in the East Ramapo School District.

Director John Marco Lopez of LPZ Media captured the sociopolitical divide that exists at the center of the struggling school district in a small Hudson Valley town just north of Manhattan through his film, “The Hudson Tribes”. Centered on the issues of public education in the United States, “The Hudson Tribes” serves as a call to action for the East Ramapo community.

LPZ Media and La Unidad Latina Foundation will award 4 scholarships to college bound students who have been adversely impacted by the political and social issues plaguing the East Ramapo School District.

The 4 scholarship recipients will receive $1,000 each, as a onetime award paid directly to the student.

We appreciate your support and assistance in distributing the scholarship applications to high school seniors within Ramapo High School and Spring Valley High School.